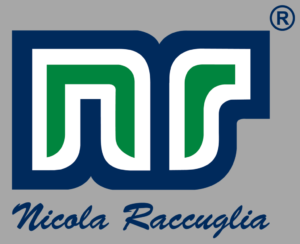 Everything stems from the passion of a young soccer player who, starting from Palermo Sicily, has lived his splendid sporting reality in several Italian football clubs , always being appreciated for its enormous human and technical skills. Nicola Raccuglia, immediately realized that it was not enough wear a colorful jacket, to stand out from opponents, but you had to dress to give color, life, personalized expression to the shirt. He had immediately guessed that the shirt would become, for thousands of people, even millions of fans, an object of worship, almost sacred, which would mark the future of sports uniform, not only useful and necessary to dress the player but to leave a concrete memory of the passions of the various supporters. Thus, in 1972, when he left the football business in the field, he undertook to dress the players with the right clothing and equipment, but above all, giving an artistic touch to his creations that focused on the quality of the fabrics, on the fantasy of colors, while respecting the social colors of the various teams that have dressed over the years. With the NR ENNERRE brand he has dressed the Maradona Napoli of the two championships, the Italian Cup, the Uefa Cup and the Italian Super Cup; the Milan of Baresi, the Rome of the “Prince” Giannini, the Lazio of Giordano and Manfredonia, the Sampdoria of Vialli and Mancini and the Fiorentina of Antognoni and many others of series A and B in addition to Kashima Antlers of Zico, the Toronto Blizzard and New York Cosmos of Pele and Chinaglia and many others that, remember them all, seems very difficult. Moreover, Raccuglia has provided technical material for various nationals such as Italy, Ivory Coast, Paraguay and Uruguay (which triumphed in the America’s Cup in 1995).

From 1983 onwards, Ennerre was a technical sponsor of the Italian National Football Actors, with whom Nicola held a strong friendship and had the pleasure of playing with them in the many beneficial races. Nicola Raccuglia has built his success by always exalting his passion for design, very modern, and for the ability to always guarantee the excellent quality of the fabrics. After the successful years of the NR there was a period of slowing down and of reflection also for the new demands of the markets that had suffered the attack of the oriental productions, that made a deadly competition and brought Raccuglia to review all its plans of work. The products used for sports uniforms have not stopped changing and improving, following the fashions and looking for more and more technical solutions to favor the performance of sportsmen: sweaters that weigh no more than 100 grams, fabrics that reduce resistance to air, that not only allow the skin to breathe, but away the sweat from the body, maintaining a feeling of comfort and freshness throughout the duration of a game or a workout. In the design of a soccer suit nothing can be left to chance, the footballer is an icon and an idol for the fans, the uniform he wears must be not only super technical and most comfortable, but also in step with the latest trends of sportswear for all disciplines and leisure time. The most used fabric today is undoubtedly polyester, a lightweight, very soft synthetic fabric and with the necessary qualities of a garment for those who play sports. Thanks to past experience and research carried out in the sector, has found a new creative impulse in re-proposing the NR Ennerre brand, keeping intact the old passion of producing, and above all, researching new, more resistant fabrics to give a new creative look fruit of years of experience, research and studies. The NR brand, which meant, as mentioned, Nicola Raccuglia, now can and must mean New Rebirth, especially in respect of the need to satisfy the new generations of sportsmen who had wondered why the NR, after the many successes of the past, were entry into a shadow due to market needs made more difficult by the globalization of products from low-cost emerging countries. A line reserved for fans of style and beauty and will be the opportunity offered to all those who also love to collect the jerseys, and will be a class response addressed to managers, athletes and sports fans always true to the motto that Raccuglia does not cover athletes but dress them with class and elegance.